I keep telling myself I'm going to post on LJ more but I just...don't! Ugh.
I'm pretty addicted to tumblr and twitter and that's eating up my internet time. However, I'm trying to go a whole week without using either site so maybe I can spend more time here? Here's hoping!

2012 was an interesting year for me. In some ways it was one of the best years of my life but it was also the worst. I was suicidal many many times in 2012 and my depression was out of control. 2013 hasn't started out well in that department. I'm hoping to find a medication cocktail that works.
In June I went to the UK for the third time. My mother went with me and I had fun showing her around the place. In the rain. Haha
Last August was the best August of my life. I went to six Weird Al concerts in that month alone. I got to see Al after each show, it was wonderful!

In October I went to my very first con; GMX in Nashville. I met Doug Walker who I adore and made some new friends!
In December I saw Steam Powered Giraffe in concert for the first time. SPG is a really great band that I recently discovered. They're singing automatons! Go check them out on youtube.

This year I'm hoping to go to more cons. My mother and I are also looking into going on an Italian\Greek cruise in September. In November I'm planning on going back to GMX. 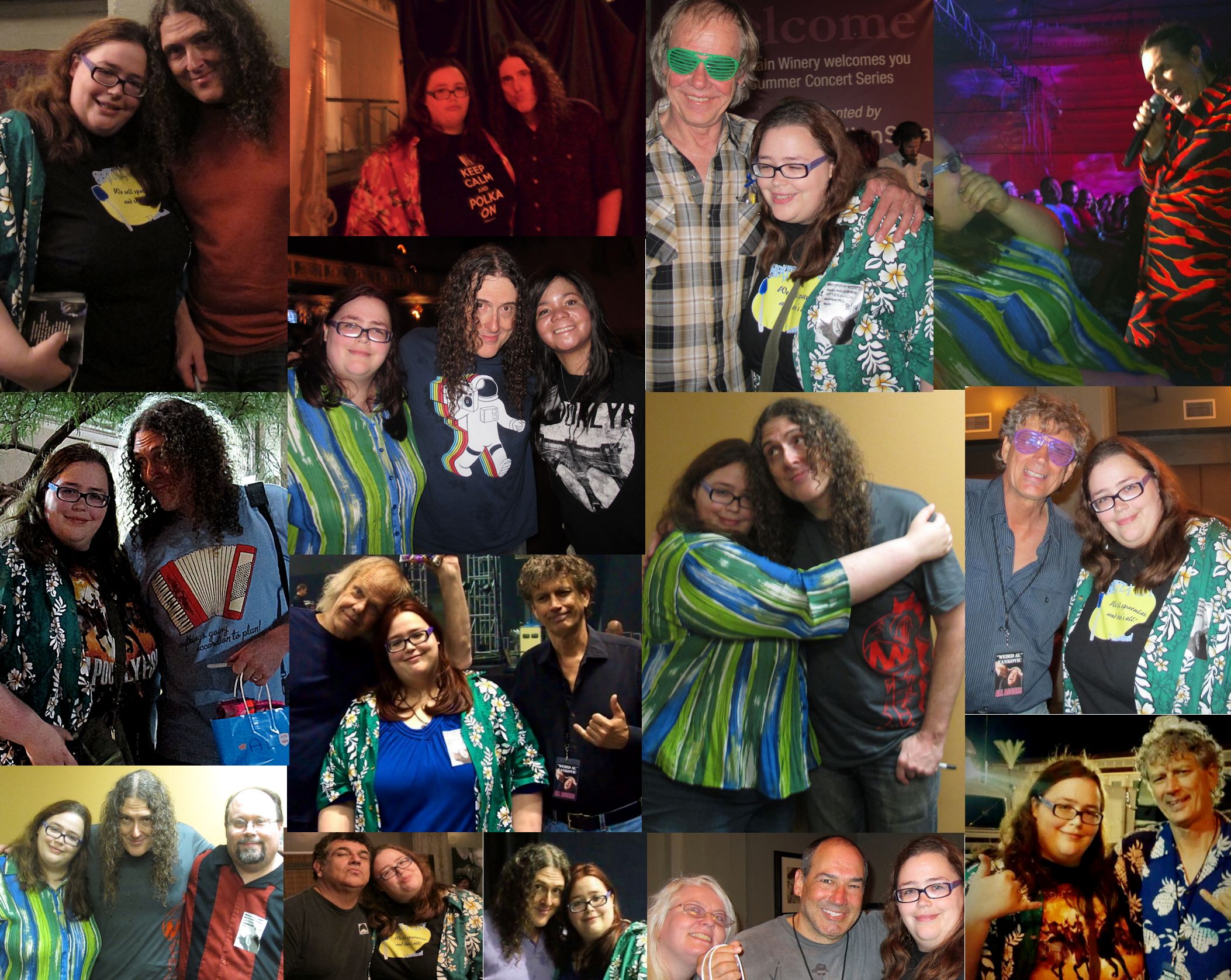